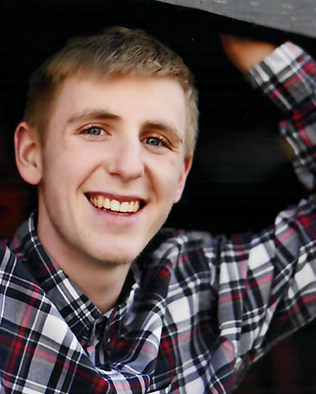 John maintained a 4.288 GPA.  He was team captain for both the Boys Varsity Lacrosse and Varsity Basketball Teams, as well as a member of the Golf Team.  He was named Brooke Point “Warrior Award” winner in 2017 (given to the hardest worker on the Lacrosse Team).  He served as class officer as an underclassman and was Student Council President his senior year. He founded and served as president of the Brooke Point Spirit Club.  He was recognized by the Stafford County School Board for this outstanding leadership.  He was a member of the National Honor Society, the Brooke Point Latin Club and the National Latin Honor Society.  He was a multi-year Academic Award Recipient and earned The Advanced Placement Scholar Award for scoring a 3 or higher on 3 or more AP tests.  Outside of school, John was a Teen Leaderand Counselor at Northern Virginia 4-H camp, where he was awarded “Spirit of 4-H” award for exemplifying the true values of 4-H.  His Life motto is, “the road to success is always under construction…”  He will be attending Shenandoah University in the fall.