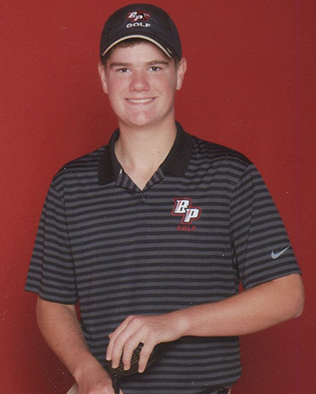 Michael maintained 4.43 GPA.  He led the Golf Team as Captain and was a 4-year scholar-athlete lettering in both Golf and Tennis.  He represented his classmates as a Renaissance Class Leader, was a member of the National Honor Society, Spanish Honor Society, and was recognized as an Outstanding Cadet by his JROTC Unit 3 consecutive year.  Michael served as Model UN President and attended Boys State.  He served as Master Server in his church and was awarded the rank of Eagle Scout.  His life motto is: “A person who never made a mistake, never tried anything new.”(Albert Einstein).  Michael will be attending Washington State University in the fall.